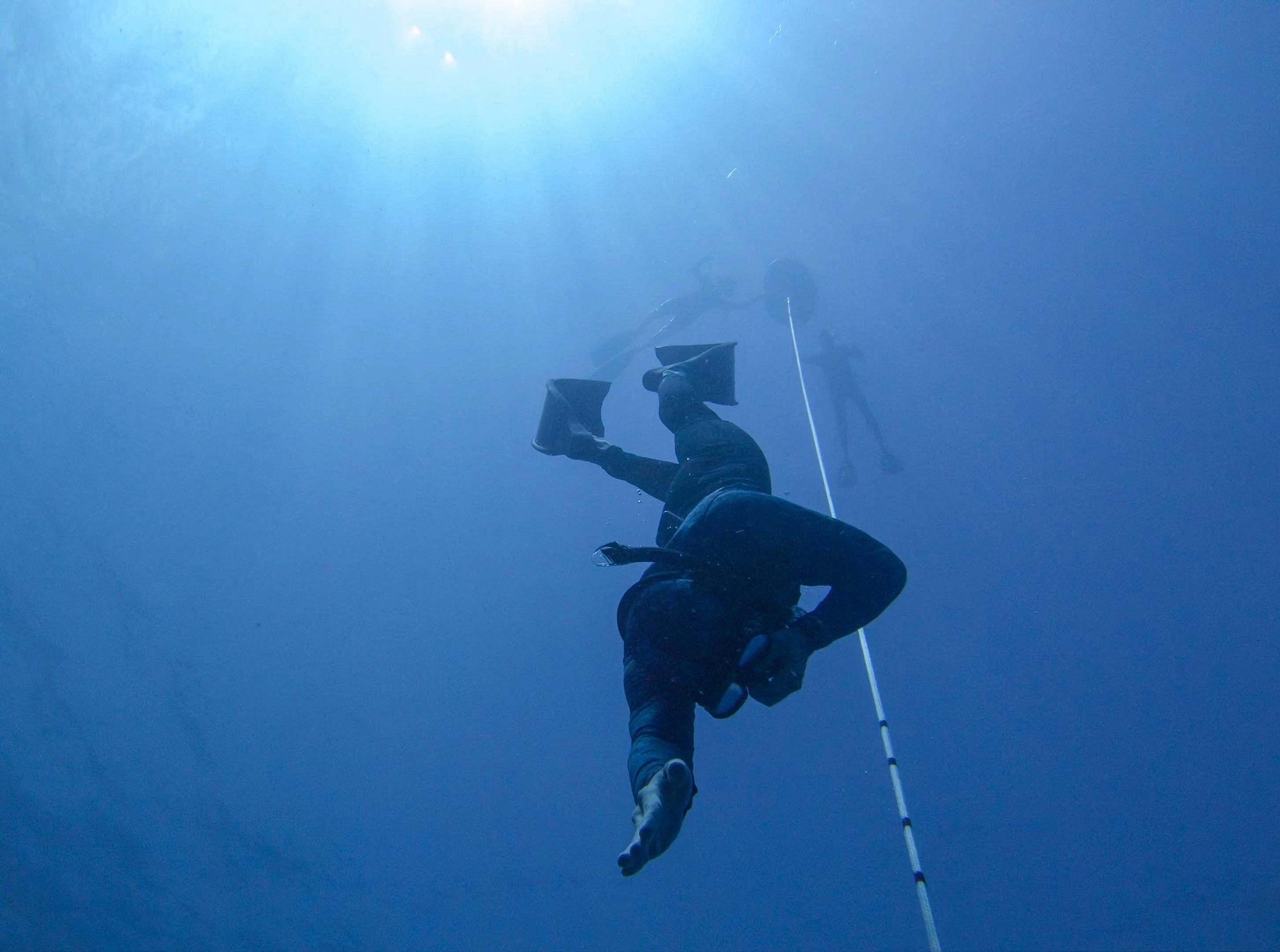 divided into three basic areas. Spearfishing around the bridges is not included as between the currents and the boats, it’s too dangerous. This article only refers to spearfishing without tanks. Most divers spearfishing in the Keys free dive. Scuba opens up another area beyond the reef while eliminating the near shore coral heads.

The Near Shore Coral Heads

This is the first area and the closest to shore. They are small groups of coral in shallow water, about ten feet deep. It’s possible to hit some of their tops with a prop on a low tide. They’re too far out to swim to from shore, but easy to reach with a small boat. Visibility is often poor, especially if the wind and waves are up.

The best ones are where there’s an inner circle of coral, then a ring of sand, then turtle grass. Smaller areas can often be better, as fewer people visit them. The best technique here is to quietly slip under the surface and slowly swim close to the bottom as you circle the coral. The water is too shallow to stay on the surface until you spot a target fish. You’ll often frighten them when you dive under. You’ll see hogfish, snapper and grunts.

After your first pass, go around again. Look under the ledges. This second pass will often turn up a grouper as will as the above mentioned fish. The third step is to explore the inner parts of the coral patch.

The Patch Reefs are in Hawks channel between the Keys and the reef. From a boat they’ll appear as darker patches, similar to a cloud shadow. So similar that I’ve stopped at shadows. Check before you anchor and dive in.

Don’t run over the coral patch and alarm the fish. Always anchor on the sand away from it. It will make retrieving the anchor easier, and saves the coral from anchor damage. They’re in about 25 feet of water. Deep enough that you can circle the edges from the surface without scattering the fish. That is if you can see the bottom. Visibility is often far from ideal and the coral isn’t that great. This isn’t necessarily a bad thing as many divers never visit these areas. These are excellent places for hogfish, especially along the line where the coral meets the sand or grassy areas. Nurse sharks are common on the patch reefs. They get bold and will go after a speared fish or your goodie bag.

The reef runs the length of the Keys about five miles off shore. Here the water gets Bahamas clear. The reef is often, I can’t believe I’m here beautiful. When tourists think of spearfishing in the Keys, the reef is what they’re picturing. As a result it can be crowded and the fish shy. But there are legal spots with big eating fish and few divers.

Divers are more likely to find big fish here and on the patch reefs than at the near shore coral heads. Big grouper live on the reef. Carefully check holes in any large upright coral heads. If you want to make a contribution to the reef, pick off a few invasive lion fish. Unfortunately they’re becoming common. There are often bull sharks at the drop off on the reefs outer edge. They can act aggressive when there’s blood in the water.